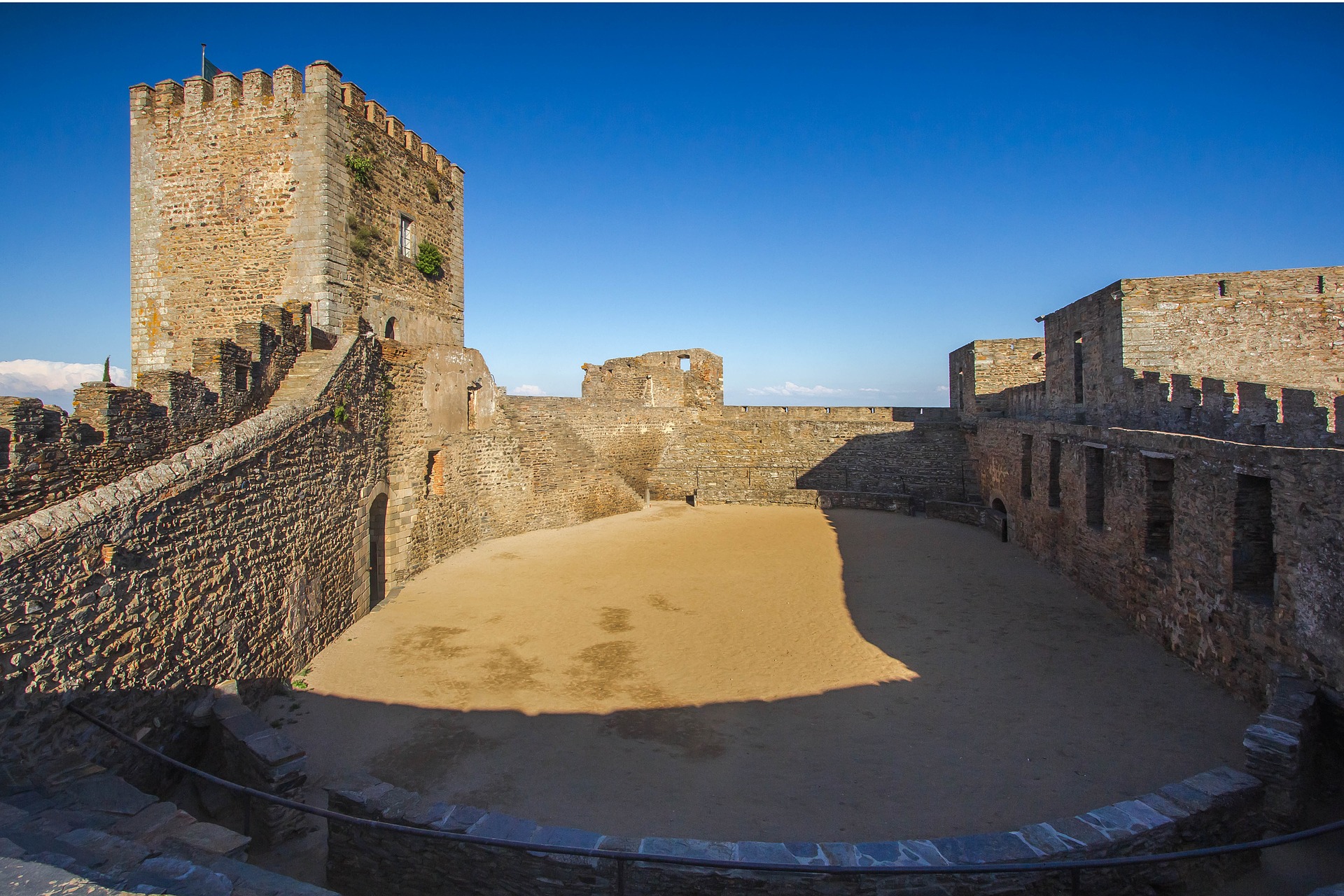 In the Alentejo Region, you travel naturally with and to History. The abundance and the quality of the heritage which it expresses become easy for you to discover but, if you are visiting the Region for the first time, you could be spoiled for choice. This is Portugal’s garden, the bulk of the region given over to huge cork plantations, wheat fields and vineyards, and though much of it is flat, the region repays exploration, offering unexpected surprises, from ancient dolmens and superbly sited castles to Roman ruins and sweeping Atlantic beaches. You will discover that the magic of the Alentejo is to be found, with endless pleasure, everywhere.

Arraiolos has a diverse heritage, which reveals the multiplicity and diversity of people who inhabited this region, influencing the built heritage, intangible heritage and craftsmanship of this typically Alentejo village. Its Castle is probably the most famous monument in the village, one of the only circular castles in the world. The Church of the Misericordia of Arraiolos, located in the historical center of the village, on the well-known “Rua dos Tapetes”, presents a great simplicity in the exterior, plus a very rich interior, with a tiles pannels of 16th century.

Of note are the Carpets of Arraiolos, with centuries of history, embroidered by hand for generations and generations of embroiderers, are part of the best known handicrafts in Portugal. Located in “Praça do Município”, the Interpretive Center of the Arraiolos Carpet dedicates itself to the preservation of this technique, as well as telling its visitors their history and their artistic and material evolution.

Also in the center of the enclosure of the Castle of Arraiolos stands the Church of San Salvador that already existed in that place before the castle. One of the chapels of the temple honors Nuno Álvares Pereira ( noble and portuguese general of the 14th century, known as “Santo Condestável ),  who came to inhabit the place and to have the title of Count of Arraiolos. In addition to the places of historical interest, Arraiolos also has unique characteristics when it comes to gastronomy. For example, the “Pasteis de Toucinho,” the original sweet of this land.

Leaving aside the historical-cultural heritage, let us now concentrate on the landscape, another of the most important assets of the region. The landscape, typically Alentejo, surprises us with its plains painted by the mounted ones, carried to the limits of the horizon.

Estremoz is the “white city” of the Alentejo. It is recognized in the distance by its white house, spread over a hill, embraced by old walls and protected, in another time, by the imposing “Menagem Tower”. It is known internationally for its deposits of white marble, so called “ the Marble Estremoz”. The exploration of Estremoz marble has a very ancient origin, as evidenced by the Roman Temple of Évora. The extraction of this raw material in this region makes Portugal the second largest exporter in the world, contributing Estremoz with about 90% of the total marble.

House of many kings and queens of Portugal, in particular of D. Dinis and Queen Santa Isabel, Estremoz is presented to us as a site of a very rich heritage, both from the cultural and archeological point of view, evident in the numerous monuments scattered throughout the city. To sum this place up in a few words, one would choose historically significant, strategically situated and dramatic. During Portugal’s long struggle to retain its sovereignty in the face of invading Spanish armies, Estremoz always played a vital role and this strongly influenced the architectural style of much of the older part of the town. It´s a fortified settlement whose upper quarter still lies behind impressive 13th century ramparts, crowned by the Torre das Três Coroas; a particularly striking keep of nearly 30 metres in height, which is made entirely of local marble.

In terms of crafts, the local pièce de resistance is the twin-spouted earthenware jug which would have traditionally been used by agricultural workers to keep water and wine cool. Also a local favourite are clay figures painted in bright colours, a display in the town museum has a unique collection from the 17th and 18th century, and the month of April sees an annual craft fair come to town.

Not to be missed: Castle; Science Museum; Parish Church of Our Lady Mary; Walls and Old Door of Estremoz

Évora is the inevitable reference point for anyone coming to the Alentejo region, inspired by its landscapes and peaceful quiet. Classified by UNESCO as World Heritage Site, Évora justly occupies an important place in any cultural tourism itinerary.

Its architectural and artistic heritage is so omnipresent and impressive that this alone guides the steps of anyone who loves strolling around with no fixed direction: from the Roman to the Neoclassical, by way of the Gothic and various expressions of the Manueline, the Renaissance and the Baroque, all the epochs of history are documented with works that fully satisfy the eye and the soul. Referring only to what is essential, you need several hours to visit the Roman Temple, the Cathedral of Santa Maria, the church of São Francisco and the Chapel of Bones, College of Espírito Santo, now part of Évora University, or the Church of Misericórdia, relax at a coffee shop in the main square, Praça do Giraldo.

Évora also contains over a dozen megalithic sites, dolmens (funerary chambers), menhirs (standing stones) and stone circles, which have their origins in a culture that flourished here before spreading north as far as Brittany and Denmark.

This beautiful and peaceful city, is one of Portugal’s most historic and unspoilt places: indeed its moorish alleys, circuit of medieval walls, ensemble of sixteenth-century mansions and ochre-trimmed, whitewashed houses makes it so special and unique.

Monsaraz rests next to the Guadiana river, on the top of a hill that rises in the Alentejo region. It was conquered to the Moors in 1167 by Geraldo “The Fearless”, having been given to the Templars by King Sancho II for its defense and settlement.

The castle of Monsaraz played for centuries the role of watchman of the Guadiana, from where one could observe the border with Castile. It was the region seat until 1838, when this function passed to the parish of Reguengos.

The medieval village of Monsaraz, protected by its walls is a small village, with its shady streets and whitewashed walls. With narrow streets full of corners it has a breathtaking view of the Alentejo landscape and the Alqueva reservoir.

Airy medieval village, it maintains their magic of once as few places in the world. Made of lime and shist, this place whispers to us through the echo of our footsteps in its streets, magnificent stories of daring kings, Knights Templar, brave people and ladies of simple beauty. Suspended in time, the historic Alentejo village, one of the oldest in Portugal, is a must destination to visit.

Not to be missed: Fortifications of the Village of Monsaraz; Parish Church of Santa Maria da Lagoa; Castle