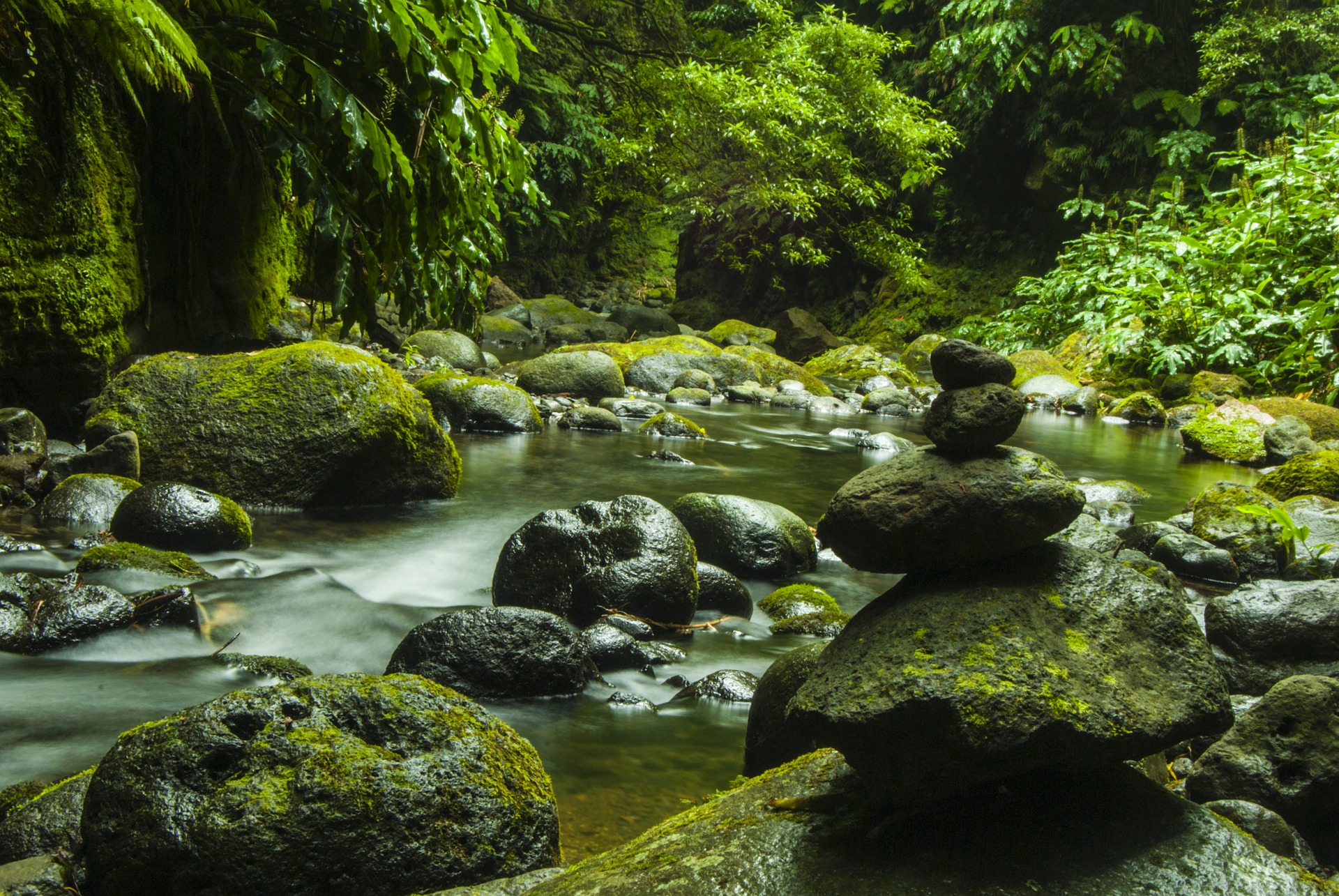 With almost six centuries of continuous human presence, the Azores gained an important place in the History of Portugal and in the history of the Atlantic: they formed a scale for the expeditions of the Discoveries and for ships of the so-called “ Caminhos of India”, contributed to the conquest and maintenance of Portuguese squares in North Africa.

Between Lisbon and New York, the weather is mild but definetly unstable. Atlantic fringes barrel in, shafts of rays of sunshine and large pools of light silver chase swelling seas to fields of infinite greens. For the Azores you pack a umbrela and sunglasses, your swimming suit and hiking shoes, as you are never more than a few minutes from a dramatic basalt coast or a lawn attractive path.

This is a world of fumaroles, mudpots and scalding springs; a world of caverns, columns and grottoes formed from once molten rock; of blue lakes ringed by forests of laurel and cedar, and green pastures patterning the slopes of calderas.

Unesco designated three of the nine islands, Graciosa, Flores and Corvo, as biospheres, and the archipelago also contains 13 Ramsar sites (important wetlands). Combine mineral-laden soil with a subtropical climate surrounded by Gulf Stream – heated waters, and the result is a crucible for life.

The Azores are best known for whale and dolphin watching, this archipelago is a pit stop or home for about a third of the world’s species of cetacean. Nutrient rich water welling up from the deep, or rather the life it supports,  is what attracts the whales; this is also what makes the Azores one of, if not the, best diving locations in the Atlantic. Warmed to between 17´C and 24´C, the seas truly clear and amazing, and visibility reaches 30 metres between May and October.

Anyone remotely interested in geology will be in their element. The islands’ topography speaks of their volcanic origin in dramatic fashion, but there is more to see than just craters and cones, rock formations, hot springs, and further mysteries. On Pico, you can descend into one of the world’s longest lava tubes, the Gruta das Torres, to inspect rare stalagmites of lava, as well as bizarre forms resembling benches, balls and lengths of rope. Aside from a beautiful lake, the parish of Furnas on São Miguel has crowd-pleasing volcanic activity, including fumaroles and mudpots; Azoreans use the thermal heat to slow-cook their traditional “cozido”, a stew of meat and vegetables, under the ground.

The many waterfalls cascading into ravines make for world-class canyoning. Between them, São Miguel, Santa Maria, São Jorge and Flores have more than 50 equipped routes, from small drops for beginners to hair-raising descents for pros.