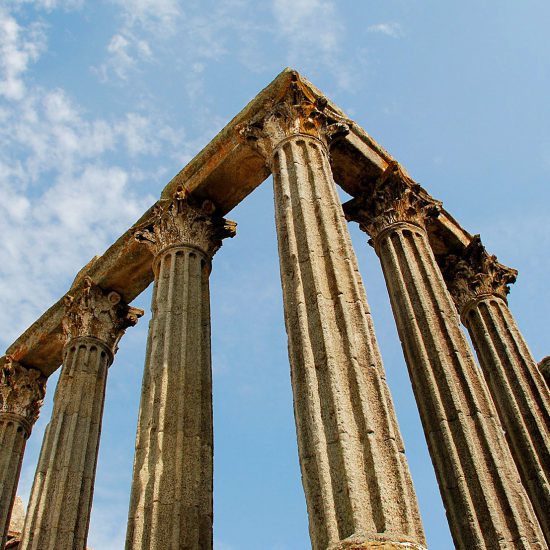 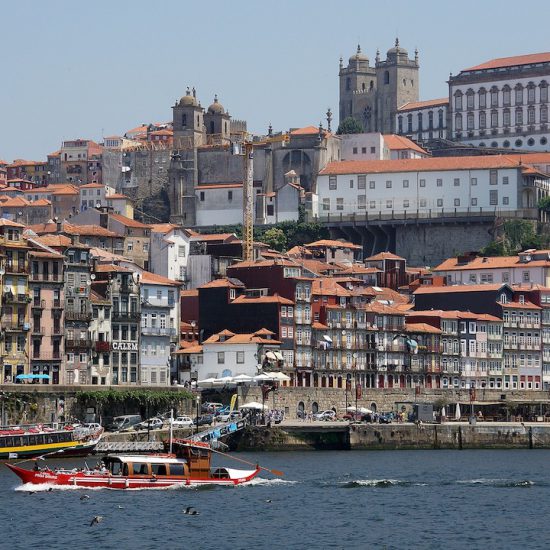 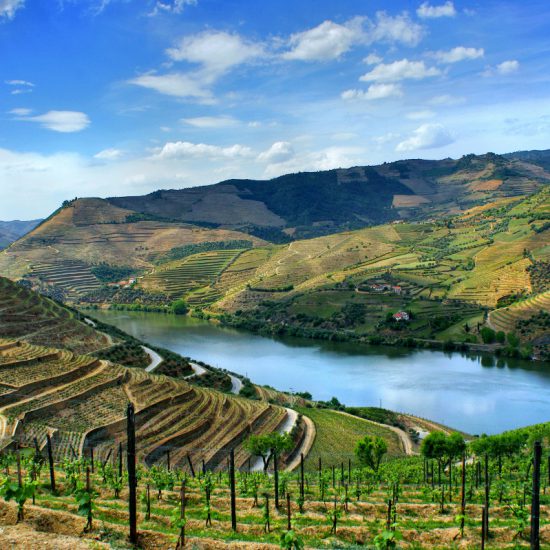 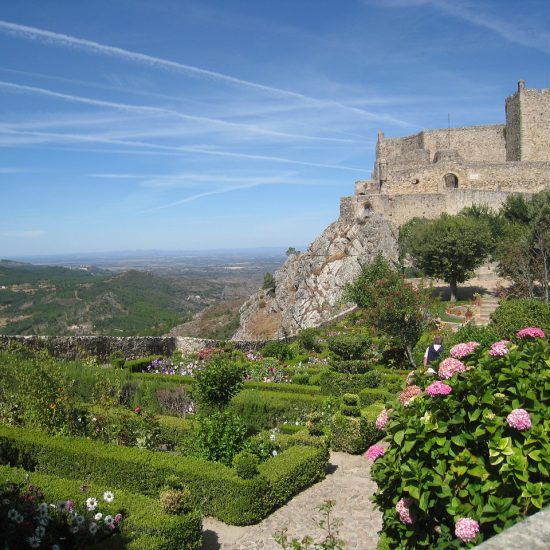 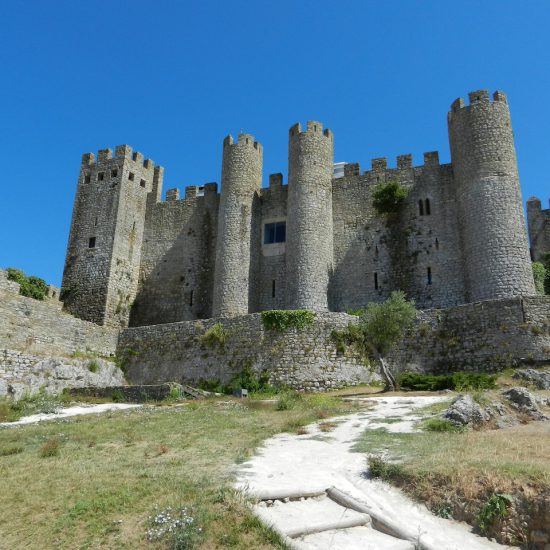 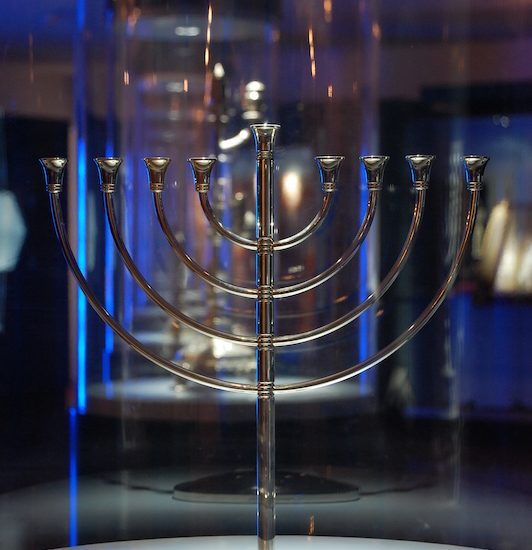 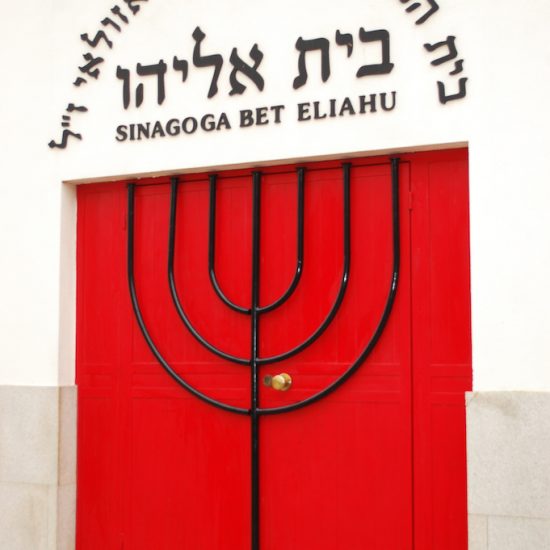 Arrive at Lisboa airport. Welcome at the airport and delivery of all the necessary documentation and assistance. Private transfer to your hotel in Évora (1h30 travel time). Free afternoon to relax.  Overnight in Évora.
2

In the morning, you’ll have a half day walking tour in Évora. Founded in Roman times, Évora is a true book of Portuguese art history. Évora's golden age started when it was chosen as the residence of kings and nobles in the 15th century. This historical importance, which is reflected in the built heritage, led UNESCO to classify it as a World Heritage Site. Wander through the Moorish narrow streets and enjoy the wonderful monuments hiding in every corner. The medieval walls, the Cathedral, the Graça Church and São Francisco Church, with its curious Chapel of Bones are unmissable. Overnight in Évora.
3

Today you’ll make your way to Belmonte, deep in hinterland. On the way, stop by Marvão. A one of a kind town in Alentejo, Marvão will surprise you by its strategic position on the highest point of the São Mamede Mountain. Not only will you be amazed by its picturesque narrow streets and whitewashed houses, but the view from atop the city walls is absolutely unforgettable. Overnight in Belmonte.
4

It’s time to discover Belmonte with a local guide. Belmonte’s Jewish community settled in following the expulsion of many Jews from Spain in the 15th century. An ever growing community, one can still find it in present day Belmonte. Be sure not to miss the medieval castle and the Jewish Musem of Belmonte, one of the most relevant and sought after museums by the worldwide Jewish community. Stop by the Bet Eliahu Synagogue too, innaugurated in 1996. Overnight in Belmonte.
5

Today you’ll head out to the Douro Valley, stopping to discover Trancoso on the way. Trancoso was home to an extensive Jewish community in the 15th century. After the establisment of the Inquisition, 515 families were decimated and Trancoso’s Jewish heritage left in peril. Nevertheless, it still lasts today, be it in written documents, signs carved on buildings and even buildings like the Casa do Gato Negro (Black Cat’s House), the former synagogue of Trancoso and the house of the rabbi. Overnight in Douro Valley
6

Today you’ll discover the Douro Valley. The Douro Valley, classified World Heritage, is a region of schist mountains, with poor, harsh soils, transformed by the actions of the men who planted the vineyards step by step. The day will be spent admire some breathtaking landscapes: the valleys, the blue ribbon of the river meandering down below, the terraced vineyards, the pure air. You'll have the opportunity to visit one of the many estates that produce Douro wine and Port and taste it in the land that produces them. The Douro river is also famous for being difficult to navigate, impeded by natural barriers, being the rabelo boat, a unique and ancient vessel, the only one able to do it. Nowadays, these types of boats are used for tourism, and you'll take a 1h river cruise. Overnight in Oporto
7

Today you’ll discover the amazing city of Oporto. Porto has something mystical that is difficult to describe, and which varies according to the place, the time of day and the light. There are some places in this city that cannot be missed, namely the S. Bento railway station, the Cathedral, the Ribeira (riverfont) area, the Clérigos Tower, the Lello Bookshop (which inspired the beloved Harry Potter novels) and the Synagogue Kadoorie. Overnight in Oporto
8

Today you’ll return to Lisbon, stopping by Tomar and Óbidos on your way back. If you love history, you'll be amazed by Tomar, the Templar City. Go to the Templar castle and discover the monumental work of the Convent of Christ learning how the Order of the Knights Templar became the Order of Christ, upholding their power, knowledge and wealth in Portugal. In Tomar’s center you can also find the Synagogue, bought in 1923 by Samuel Schwarz, a Polish jew, in order to restore it to its former glory and later donate it to the Portuguese government in 1939. Óbidos will delight you with its well preserved medieval charm. As soon as you arrive, the imposing city walls and the 16th century acqueduct will leave a lasting impression. From the cobblestoned streets, to the whitewashed houses and its century old bougainvillea, your eyes will feast with all the beauty of this town. Not to be missed is the local liqueur, ginjinha, made from morello cherries and usually served in a chocolate cup! Overnight in Lisbon
9

It’s time for the city of the Seven Hills! Lisbon is sure to seduce you in every quarter you visit. It's a cosmopolitan city with so much to see and do that it is difficult to have enough time to see everything you want. Nevertheless, there are some sights which cannot be missed in the Portuguese capital. Start in Baixa (downtown) and admire the 18th century style buildings comissioned after the devastating earthquake of 1755. Wander through the many squares of the city, including S. Domingos’ square, where you’ll find a memorial evoking the tragic massacre of New Christians of 1506. Move to Alfama and Castelo quarters, climbing up the hills of the town to see the Church of St. Anthony, the Sé (Cathedral) – a Romanesque jewel – and the Castle of St. George, from where you’ll have an amazing view of the city from the battlements. In Chiado and Bairro Alto, the most bohemian parts of the town, stroll around, feel the atmosphere and do some shopping. Nearby, you’ll find the Shaaré Tivka Synagogue. Not to be missed is Belém, linked to the Golden Age of Portuguese history, the time of the Discoveries. Unearth the secrets of the Jerónimos Monastery and the Belém Tower, UNESCO Heritage Sites, and don’t leave without tasting Lisboa’s treat: the Pastel de Belém (custard tartlet)! Overnight in Lisbon
10

Today you’ll discover Sintra, a UNESCO Heritage Site since 1995! Sintra’s Mountain of the Moon will impress you by its natural beauty and the unique historical buildings you’ll find scattered around town. It's difficult to see all of Sintra has to offer in one single day, so our suggestion goes to one of the most romantic palaces in Portugal, the Pena Palace, a unique construction inspired by the Romanticism movement of the 19th century. Another option is the Palácio and Quinta da Regaleira, a former noble family’s estate, which stands out for its gardens, designed by an Italian opera set designer and filled with Masonic references. Then, take some time on your own to stroll around the historic center and absorb the atmosphere. On the way back to Lisboa, stop in the westernmost point of mainland Europe, Cabo da Roca. Continue your journey towards Cascais and Estoril, two towns which make up the Portuguese Riviera. It’s worth going on a stroll around town and feeling the atmosphere before you make it back to your hotel. Overnight in Lisbon
11

Departure to Lisbon airport with a private driver.

The price shown is just an estimative. It will vary according to your desired hotels, type of transportation and travel dates. Please contact us for a quote.
Book Now